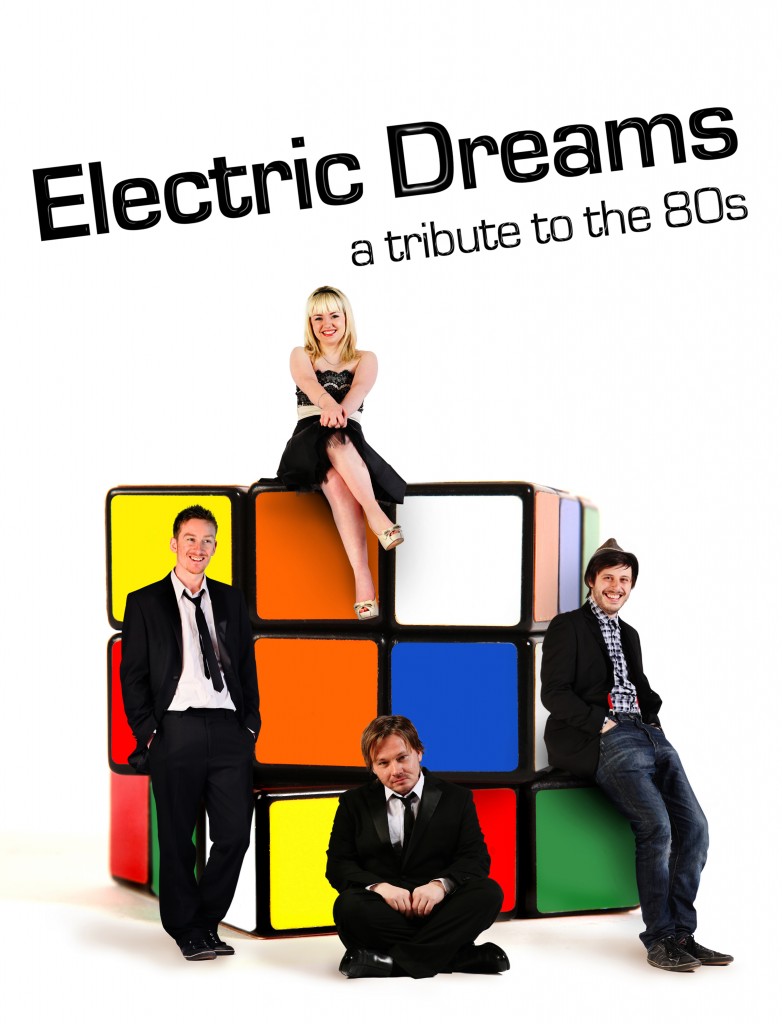 Andy B Events are pleased to present ‘Electric Dreams’. This excellent 4 pc party band provide a fantastic tribute to the 80’s with all those party classics.

Electric Dreams were formed specifically to support The Original Bucks Fizz in 2009 on their comeback theatre tour and this spectacular 80’s Tribute Band has not stopped since!

Featuring the stunning vocals of Stephen Fox and Lorna Bursell, together with a tremendous Rhythm section and Keyboards, Electric Dreams will keep the party going all night long!

Stephen Fox (vocals) and Matt Roberts (drums) were part of 90’s band Plasticine, managed by the legendary David Arden (Sharon Osbourne’s brother and co-manager of Black Sabbath); they went on to release 5 albums.

When Stephen was approached by Bucks Fizz star Jay Aston to do the support slot for their tour he enlisted the skills of music composer Matthew Sanchez and vocalist and bass player Lorna Bursell to originally do the 12 date tour. With the 80’s theme in mind they came up with a set of classics from the era that had the audience enthralled. Since supporting The Original Bucks Fizz on two national theatre tours, including opening their 30th anniversary show at the London Palladium, Electric Dreams have continued to play all over the UK, at leisure resorts, hotels, nightclubs, corporate functions and weddings.

With a mix of classic 80’s party classics Electric Dreams will add a touch of class to all events and propel your guests back to a time of nostalgic childhood, leg warmers and classic timeless music!

‘It’s not the first time this year that we’ve enjoyed the support act more than the main act but yet again it has happened this evening. Stephen Fox is Electric Dreams’ lead vocalist and the harmony between his powerful voice and the female keyboard player / session singer’s gentle yet very clear voice was spot-on. To tackle legendary 80’s hits like The Look Of Love, All Cried Out, Sweet Dreams and Billie Jean is a brave thing for any group to do. But Stephen and his blonde companion don’t just pull it off – they exceed any expectations you may normally have of support acts. Stephen’s voice has the power to handle the hits and as I said the harmony and rapport with his co-performer is excellent. In fact the only downside to this band was that they were only on for 30 minutes.’

“Something fresh and likeable” The Stage

“The audience lapped up the party atmosphere” The Stourbridge News

After the success of their ‘Ultimate 80’s’ set, Electric Dreams are now available for ‘Ultimate Party’ performing 50 years of hits from the 60’s to present day and ‘Ultimate School Disco’ performing a mix of tunes sure to get the dance floor pounding! 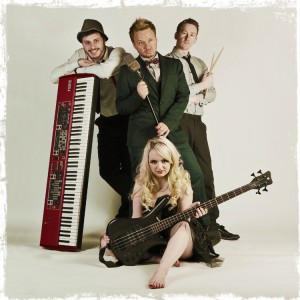 Of course this fab party band can play a mix of the 80’s tribute, the Ultimate party & School disco as appropriate for your guests. For bookings & enquiries, email andy@andybevents.co.uk As a guide prices start from £800-£1000.