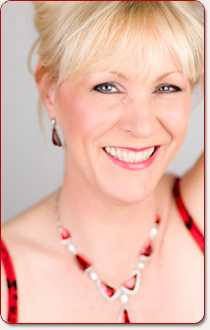 Described as having “the gift of a voice which can both brightly sparkle and sensuously smoulder”, Debbie is one of the finest Jazz singers on the UK scene today.

Debbie is based in Lancashire, however, she sings throughout the North West & beyond. Debbies works in a wide variety of contexts depending on your budget & requirements.

Quartet which includes piano, double bass & drums. This provides you with a wider range of material to include bossa nova, ballads, swinging standards & classic jazz compositions.

Quintet which completes the sound by adding a tenor saxophone to the quartet.

02 We have all the time in the World

Born in Yorkshire, Debbie’s love of performance began early and eventually led to a lengthy acting apprenticeship in repetory theatre before she turned to her professional career as a singer in 1993. Since then she has earned a deserved and widespread respect for her warm, honeyed, lyrical and sensual vocal skills.

Debbie’s career has encompassed a wide swathe of musical territory – as befits someone who has entertained at everything from Jazz Festivals to Party Political Conferences! – but her first love remains jazz, a music which has captivated her since the childhood discovery of the genius of the piano, Oscar Peterson.

She declares an eclectic taste in vocalists, from legendary giants Julie London, Blossom Dearie, Tony Bennett, Doris Day and Peggy Lee to contemporary voices like Michael Buble, Claire Martin and Diana Krall but it is the key figure of none other than the “First Lady of Song”, the late Ella Fitzgerald that sparked Debbie’s vocal passion.

The current resurgence in interest in “The Great American Songbook” has given Debbie a natural forum for her adaptable talent: offering genuine and captivating sophistication, glamour and elegance, Debbie provides an always apposite choice of material from the pens of Gershwin, Cole Porter, Jerome Kern, Irving Berlin, Harold Arlen, Burt Bacharach, Sammy Cahn and others. With a repertoire of several hundred songs, she jokes “the only repeats are usually by request!”