A pleasure to be working with Russell Shaun; the ultimate Rat Pack & Swing Wedding Singer!

Also thankyou for recommending and booking Russell Shaun for our wedding breakfast he was amazing and got all our guests up dancing before the main meal had even been served!  Mr & Mrs Ironfield , wedding clients Garstang Country Club August ’17

Top Manchester wedding singer, Russell Shaun has swing music coursing through his veins – The son of an ex BBC big band recording artist, Russell was introduced to the music of Rat Pack legends Frank Sinatra, Dean Martin, Tony Bennett and Nat King Cole at a very early age, and now songs by these legends can be found in his own repertoire. Following in his father’s footsteps, he has forged a very successful career performing swing and big band music all over the UK and Europe. 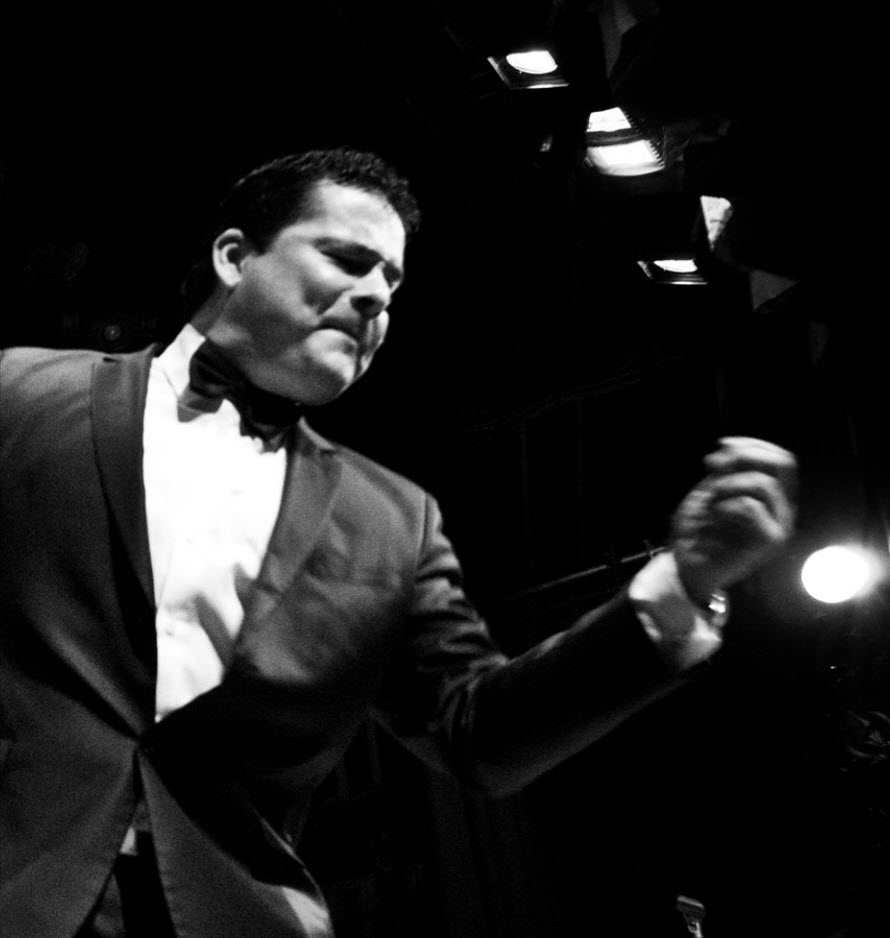 Russell’s list of previous clients reads like a who’s who of the world’s top brands and includes names such as Ferrari, Bentley, Jaguar and David Beckham to name but a few! You can check out his reviews here. Russell’s outstanding performance for England and Manchester United footballer Wes Brown was highlighted in OK magazine.

Russell has also appeared on a number of television shows including the hit reality show “Four Weddings” and appearances on Granada Daytime, making him one of the most sought after Rat Pat Tribute acts around.

Not only does Russell’s live show include all the Rat Pack classics, but it also features tracks from Robbie William’s swing album and Michael Buble’s contemporary hits.

“Russell’s performance’s was fantastic, his voice was amazing, we had a lot of compliments about the group and would not hesitate to book them again.

Available as a solo singer or complete with big band! For all enquiries, email andy@andybevents.co.uk